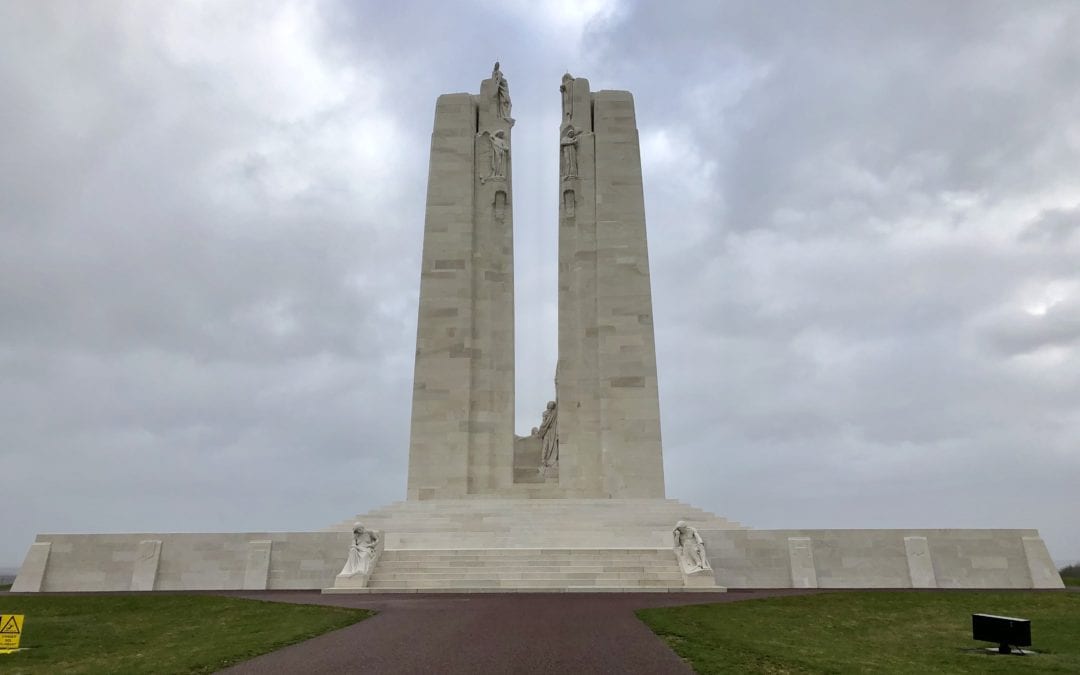 We woke up in quaint Arras, after enjoying a delightful dinner and a good night’s sleep, and made our way to one of our most sought out places of interest on our trip: Vimy Ridge. 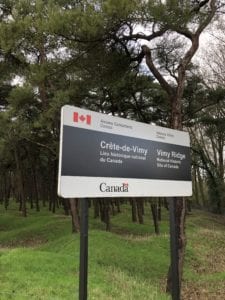 We had been warned that it would be “windy” but to say “it was windy” would be the understatement of the year. lol
The wind was strong and gusty, and although some of us lost our hats several times, it actually enhanced the experience. 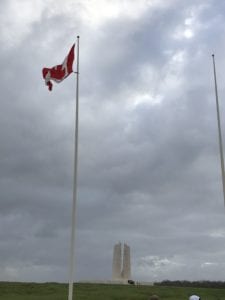 The attack at Vimy Ridge, which was undertaken in 1917, is often seen as the first unequivocal success gained by the Allied (in this case Canadian) forces during the course of trench warfare. One can try to imagine the hardship and conditions that were endure by soldiers at the time, but only the photos and stories help us contextualize what actually took place. 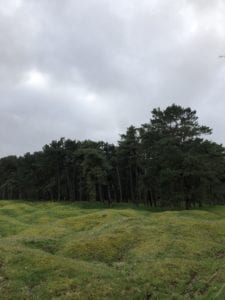 The monument itself is powerful to see in photos, and even more so when seen in person. We walked the grounds to get a feel for the amount of ordinance that was dropped here, to stroll around the monument itself and to explore the trenches too. It was interesting, and profound standing and viewing the monument from the gates and then walking up to the ridge and learning about the importance of the land behind it. 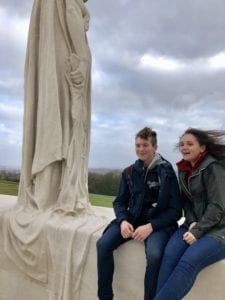 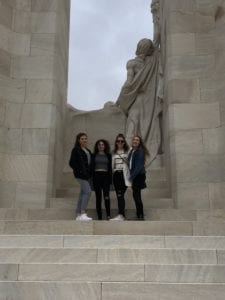 While we were there, we met other Canadians and student groups in the visitor centre. It was nice to chat and share our experience with them. They were equally as impressed as we were. 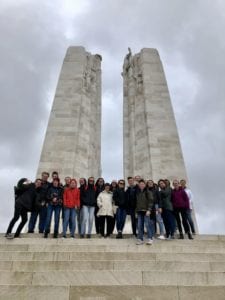 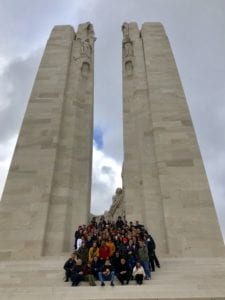