Our Home In Belgium: Ghent 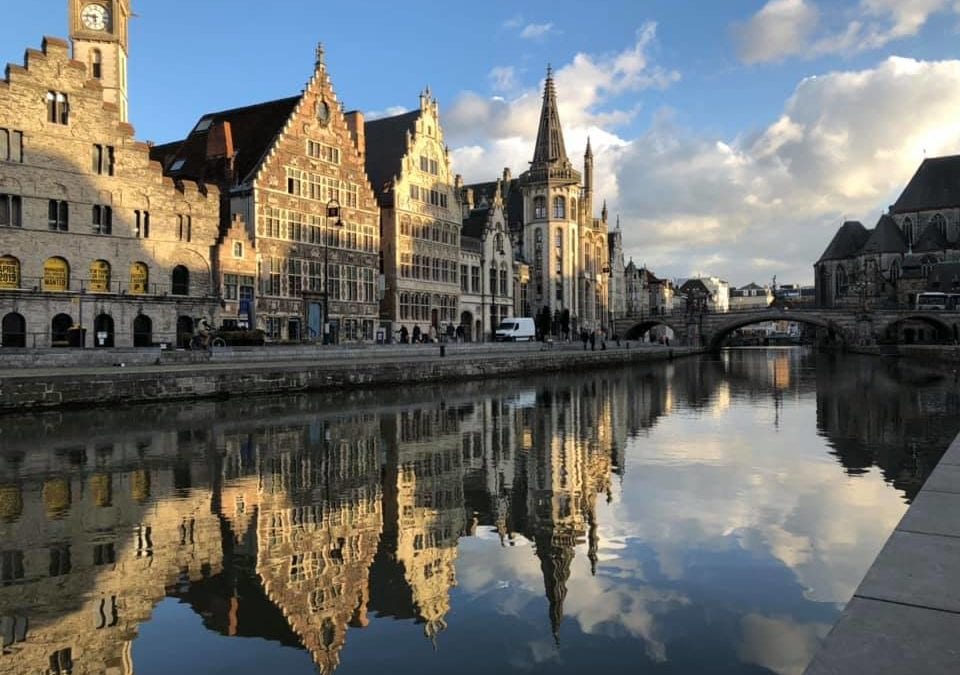 Ghent is a port city and the second largest urban center in Belgium, next to Brussels. During the Middle Ages it was known for being a fairly prominent city-state, but today it’s an interesting and easy-going university town and cultural hub.

Ghent’s pedestrianized center features incredible medieval architecture such as 12th-century Gravensteen castle and the Graslei, a row of guildhalls beside the Leie river. 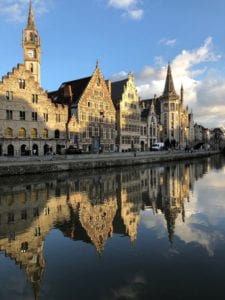 This city was our home in Belgium. We spent four days here, but ventured on day-trips to different places around the country. It’s an understated and unassuming city and it was a group favourite. 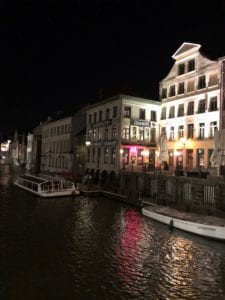 Although our travelling squad embraced the historical and emotional parts of the French portion of our journey, they really took to Ghent and its culture. They felt comfortable in this student friendly, progressive place.

They appreciated that it wasn’t full of tourists and liked that the streets were not lined with souvenir shop after souvenir shop, like other cities we visited. 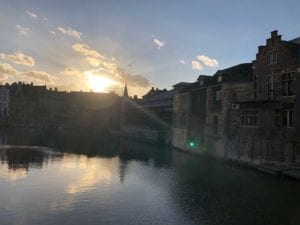 In addition to its authenticity, as a group we also found it super cool have a castle smack in the middle of the city center. 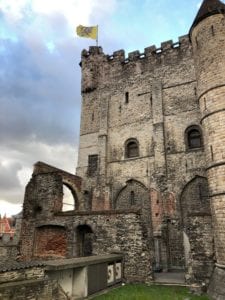 Gravensteen Castle, which in Dutch means “Castle of the Counts” is a medieval castle dating back to 1180. It was the primary residence of the Counts of Flanders until 1353. It’s been re-purposed a few times as a court, prison, mint, and even as a cotton factory. Between 1893–1903 it was restored and is now a museum and a major landmark in the city. 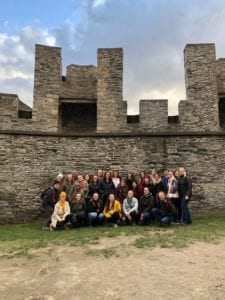 We were sad to part with this city. It will truly be missed by all.