Welcome to our Capital Ottawa!

Upon leaving Quebec City we traveled to Ottawa, our nation’s capital city! We arrived after a 4.5 hour drive with a quick stop for lunch en route, crossing the Pont Alexandra bridge, and traversing the Ottawa River, as it divides the Province of Quebec from the Province of Ontario. We spied the beautiful Neo-Gothic styled Parliament Buildings and the dominating  Peace Tower high on “The Hill“. As the highest point of Ottawa, and reaching nearly 98 meters in height, this tower represents our collective national goal of peace and was a given to us by the United Kingdom on the 60th anniversary of our country’s confederation. Our first stop on our final leg of this journey is the Supreme Court! Here students learn of our nation’s Highest Court, the final court of appeals in the Canadian Justice System! The students were thrilled to role play in a real court room, and learn about our Justice Members’ roles in deciding ‘matters of public importance’. Our guide was engaging, well spoken, and impressed upon the students the critical duties of our 9 Supreme Court Judges as they  effect change, as well as support, the many laws which shape and protect our society. Established in 1875, this is an important stop on any visit to Ottawa as it is here we  shape and adjust our national values. From there we drove along Sussex Drive to quickly note 24 Sussex: official home of our Prime Minister, and Rideau Hall: official home to the Canadian Monarch, and the Governor General of Canada! After checking in to the Courtyard Marriott, conveniently and centrally located, we visited Byward Market for a snack and souvenir! Dinner at Tuckers Market was a large buffet with tons of options to satisfy any craving! We loaded up before strolling through town to 46 1/2 Spark Street for a Ghost Walk describing the mysterious assassination of Thomas D’Arcy McGee! We were invited into the famously haunted Carleton County Gaol; now an international hostel where one can sleep in their very own cell! Not me! No thank you! I prefer sweet dreams to nightmares! The students seemed to agree with me on this! Good thing students can share rooms tonight so no one must sleep alone after such an eerie story! 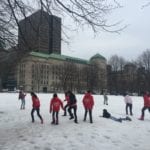 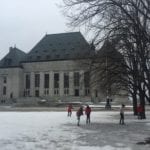 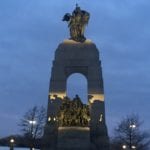 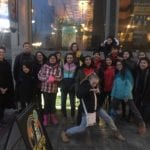 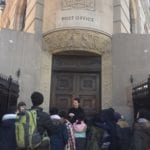 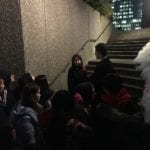 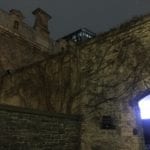 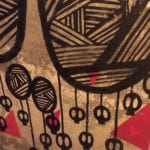 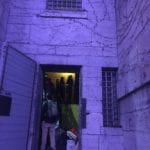 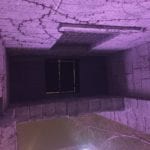 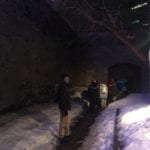