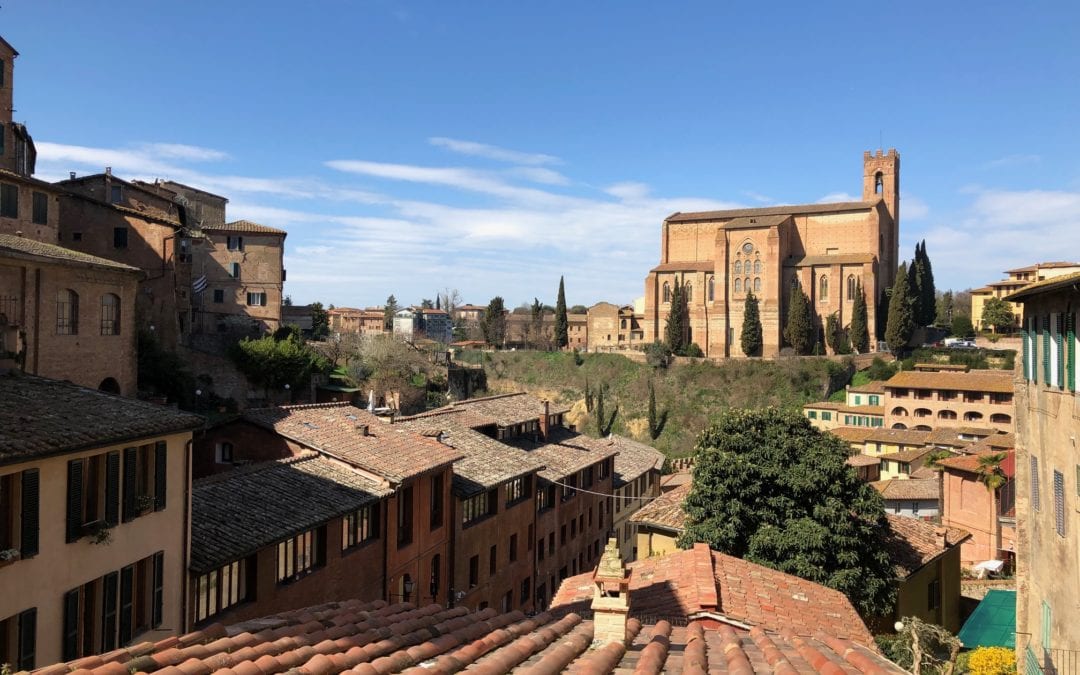 There are many lovely and amazing places in Italy. However, when it comes to medieval cities, Siena certainly takes the cake. 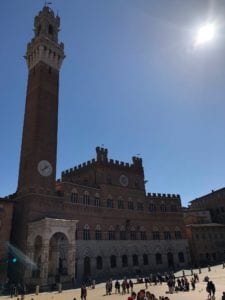 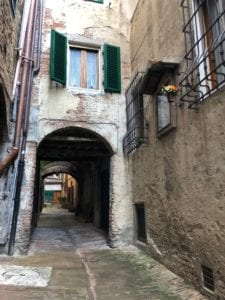 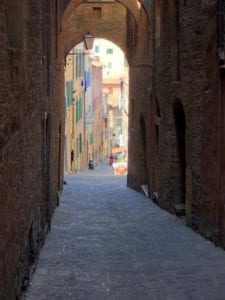 Although we weren’t staying in this notable Tuscan municipality, we ventured there for the day, and it was definitely a trip worth taking. 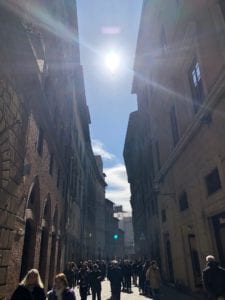 Upon arriving to the city that is said to have been found by Senius, we already knew we’d love this place. I’m not sure if it was the rolling hills in the distance, the huge piazza in the center or all of the unforgettable architecture that makes Siena magical.

Siena is famous for a variety of different reasons and one of them is the Palio, a bi-annual horse race held in July and August. The race consists of ten horses and riders that represent ten of the seventeen city wards. Our guide, Uncle Paolo, did a great job highlighting the ins and outs of this local race. He also made it a point to walk us through the local politics that he believes plays a part in who wins. 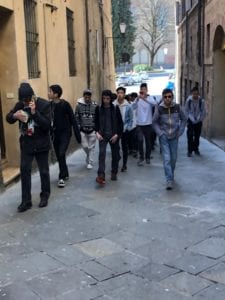 Palio aside, Siena is also known for it’s architecture and churches, including the Basilica of San Domenico, also known as Basilica Cateriniana. It’s one of the most famous buildings in the city, as it contains several relics of St. Catherine of Siena. 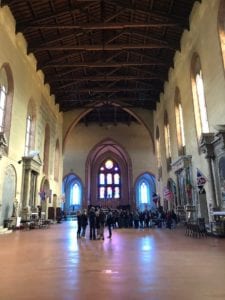 She was a Scholastic philosopher who was quite invested in the Catholic Church. Caterina was also a theologian and belonged to the Dominican Order, and was declared a saint and doctor of the Church.

In the heart of the city centre, it’s hard not to notice the Siena Cathedral, that stands majestically in the city square. It is said to be one of Italy’s most illustrious Romanesque and Gothic cathedrals, and the boys were blown away by it. 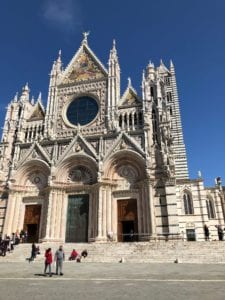 The students really enjoyed opening up to its beauty and exploring a valuable architectural treasure. 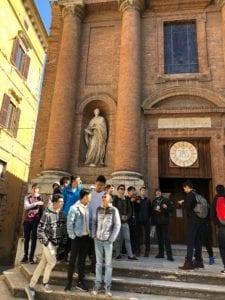 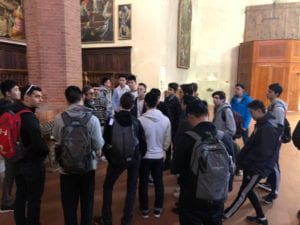 We all enjoyed the small-town feel we met in Siena. Although we didn’t not get to sample its infamous pigeon pie, the students had a great time and were sad to part ways with our Italian uncle, Paolo. 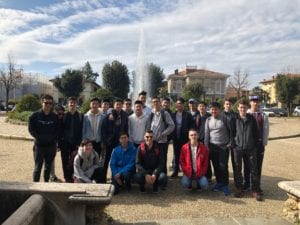 PS: How awesome were our outfits? 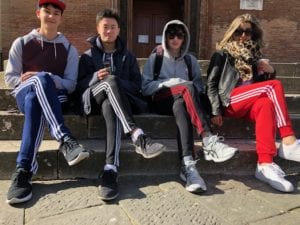