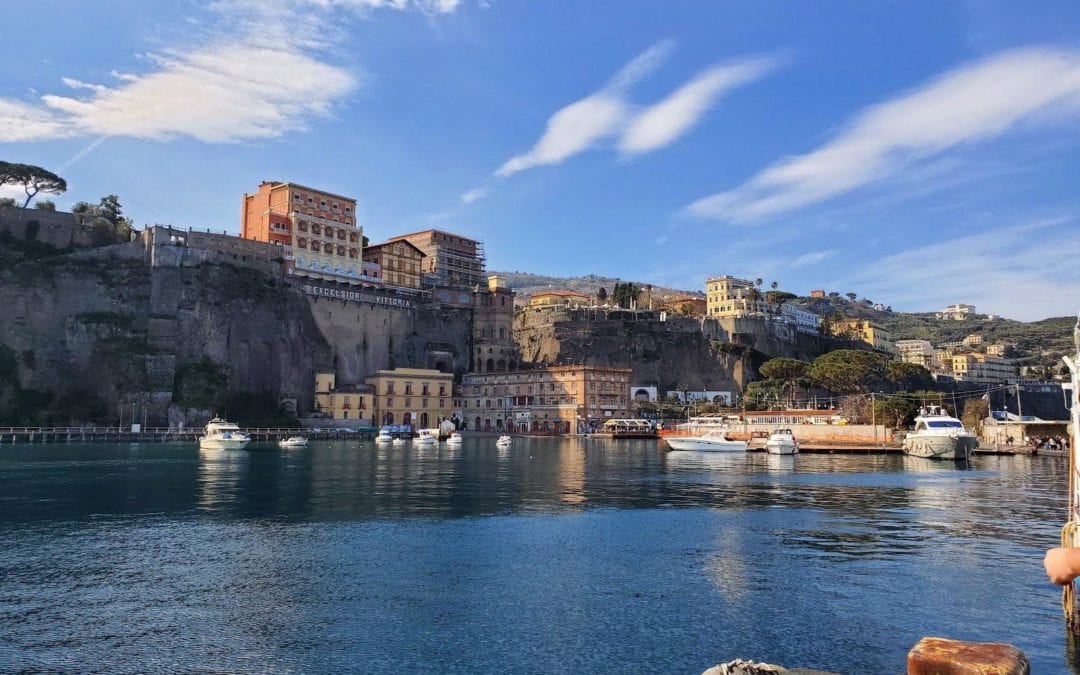 My name is Tim and I am a student on the Saints Italy Tour. Today, I will be writing a
blog post on our adventures in Capri.

We first took a shuttle towards where we were to board the hydrofoil. At the station, we had
a very alluring view of part of Sorrento. 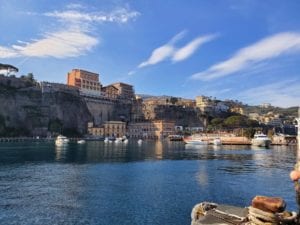 When we first approached the island on the hydrofoil from Sorrento, I was amazed by the
picturesque towns and the towering mountains. I was thrilled for the moment we would arrive
on the island. Because of this, as soon as I arrived on it, I quickly snapped some photos. 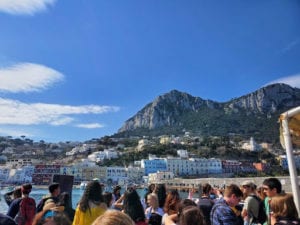 Immediately after arriving on the island, we went on a boat tour around it. We swiftly sailed
around the mountainous island and stopped near a small cove etched on the side of the
mountain. When the tide was low, the tour guide told us we could see red corals; however,
the corals seemed purple to me. 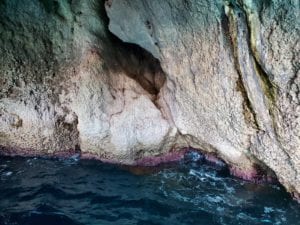 The breeze felt really nice and the waves created from the boat were enchanting. On the
island, we saw somes houses, a statue of a man on a rock, and a lighthouse. 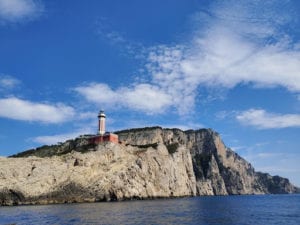 Soon, our boat passed under the Capri Faraglioni, which was dazzling. 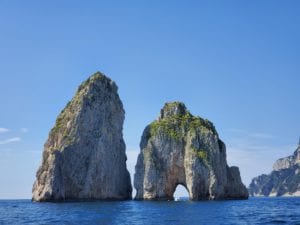 After the boat ride, we rode a shuttle up the mountain towards Anacapri. In Anacapri, we all
split up to have free time and lunch. During my free time, I hiked to a scenic viewpoint.
Meeting at the Anacapri bus station, we all took a shuttle to the city center of Capri.

In the city center, we headed to another viewpoint where we saw the vast ocean and the houses
scattered across the island. After another bit of free time, we were ready to leave. This time,
I went to visit a garden, which had another panoramic viewpoint.

I thoroughly enjoyed Capri, and would return if I had the chance!